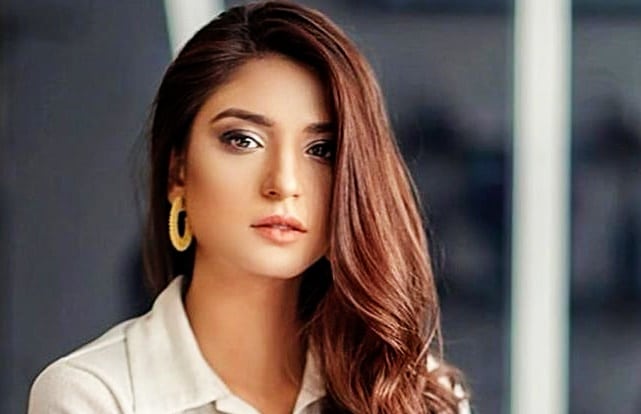 The beautiful Ramsha Khan is the new sensation of the Pakistan entertainment industry. She has seen working hard with her acting skills and got a lot of recognition with her roles in dramas like Thora Jee Le, Khud Parast, Ishiqiya, etc. She is currently playing the role of Samia opposite Wahaj Ali in the drama serial Ghisi Piti Mohabbat.

One of the reasons for her popularity is that people also compare her with the Anushka Sharma, the Indian actress and wife of Virat Kohli. Many pictures of her look like the Doppelganger of Anushka. Her pinkish palms are another obsession in celebrities and fans. HAHA yes, it’s true!!

Her beauty is immensely recognized by many brands, and she is modeling for many of them. Designers love to feature her for their news clothes and styling looks.

Ramsha was taken into the interview by BBC Radio where she was asked about the desire to work with that one Pakistani actor. Her answer was Fawad Khan. Ramsha said that Fawad is a really good actor, so she wishes to join him on a project.

Ramsha and Fawad Khan, why not? What do you guys think??

Geo TV Ran Out of Bridal Outfits for Drama Serials?