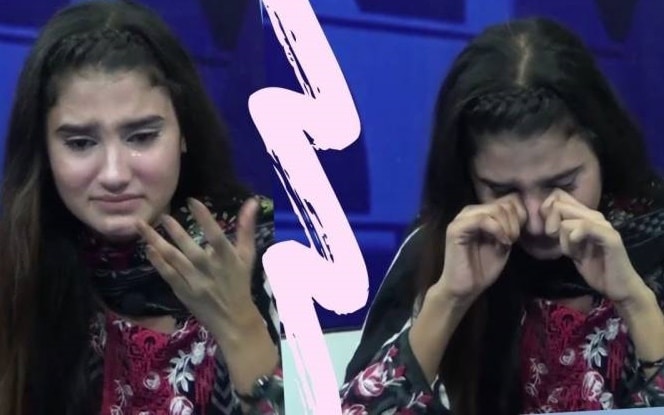 Nimra Ali became the new social media sensation because of her interview to a private channel while on her visit to a park in Lahore. She gained popularity because of her chatterbox nature. She made everyone smiled and jaws hurt with her cheery nature.

Nimra was so excited to be on-screen as she always dreamt of coming live on Television. Her clip got viral on twitter. Many people loved her chirpy nature. Even celebrities complimented on her innocence and cuteness. This made many channels to call her on their morning shows, talk shows, and bulletins. Nimra was also excited and gave numerous interviews to the TV media and social media. This is where she got into trouble!

She, first, became the part of controversy for mimicking a dialogue, “Hindu ki Maiyya Margaye” of Sajal Aly from the drama. Initially,
nobody took the notice, but Kapil Dev stood for the Hindus’ sentiments being hurt. Nimra and the anchorpersons of the channel apologized for hurting the feelings of Hindu brothers in Pakistan.

Now, another thing hit her, and she broke into tears on the show. On youtube, many channels are making fake videos about her character. She is being targeted on and off. Nimra expressed her feelings with, “I am only 17 years old, and I was only making people happy. That doesn’t mean you guys would portray me negatively.”

If somebody gains fame on social media that does not mean you have gotten a visa to defame them. Such people need to be name and shame who cash in on someone’s popularity by portraying them negatively!!