Dramaspice
Articles Is love In The Air For Minal Khan And Ahsan Mohsin? 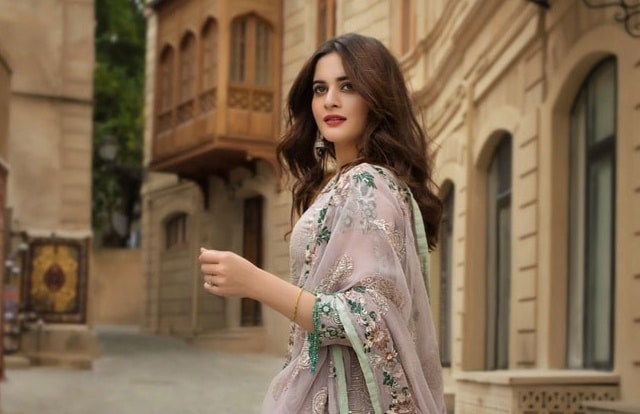 Minal Khan is a versatile actor who is currently giving her powerful performances in two dramas. She and her sister Aiman Khan are one of the most followed celebrities in Pakistan because of their elegancy and sense of dressing.

Drama Jalan in which Minal Khan is seen playing the character Nisha was a part of the massive controversy, and it was banned from Pakistani television but still getting a good number of views on YouTube. Minal khan was recently a part of backlash due to having a bold photoshoot for a brand with Husnain Lehri. Whatever people say, she is enjoying a great fan-following.

Well, Minal Khan’s love life is very hard to follow. First, she used to upload pictures with Manzoor Khan but now, we don’t see her with him. As if they are separated because Minal has also deleted her picture with him from Instagram. But now, there’s a twist in the love life of Minal Khan.

Fans are claiming that Minal and Ahsan Mohsin Ikram is vibing well together nowadays. Ahsan was a co-actor of Minal in Parchaaye. And what happened recently is that Ahsan has written “I love you” with heart emoji on Minal khan’s photoshoot picture, and it is looking like something is happening between them.

If Minal and Ahsan are dating each other, they would make the most lovable couple celebrities because they look great with each other.

Geo TV Ran Out of Bridal Outfits for Drama Serials?