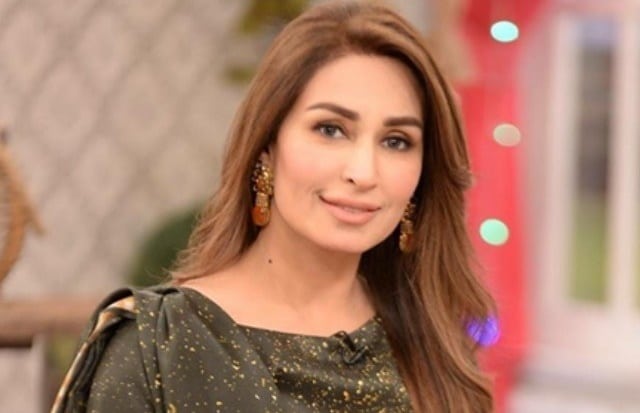 Whoever is very well-known with Pakistani cinema, knows about Reema Khan aka Reema Ji. Reema is that actress who has given a strong comeback to the Pakistan Showbiz Industry. She is not just an actress but model, director, and social worker. Today, she is celebrating her birthday with her family and friends.

Reema Khan is married to Dr. Tariq Shahab. She uploaded beautiful pictures of birthday surprises and gifts given by her family and friends. Being a prominent part of the Industry, many other celebrities wished her which include Imran Abbas, Ahsan Khan, HSY, and many more.

Reema has hosted many shows, and she is also famous for hosting Ramzan Transmissions. She has done a lot of good work for which she was awarded Pride of Performance, Best director award, best actress award, and whatnot. Reema’s acting career started with her first film Bulandi in which she came opposite Shaan Shahid in 1990.
Today, Reema has uploaded a video of gifts from her husband on her birthday. We are glad how she is being lovingly treated by her closed ones as she deserves it.

Happy Hatch day, Reema! Stay beautiful inside and outside.