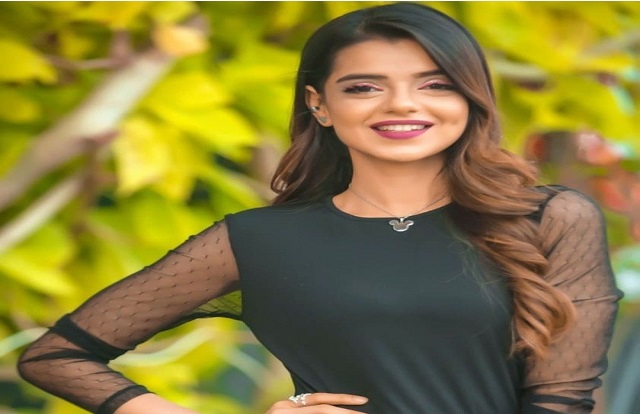 Who is Srha Asghar?

Srha Asghar is a young Pakistani actress who has appeared as a supporting actress in famous dramas. She is an outstanding and hardworking actress. She shared her transformation journey with her fans which is entirely admirable.
Srha Asghar broke all records from her first performance. In a short time, she has achieved the height of fame that prominent actors rarely get. She is a rising star in the Pakistani drama industry.

Srha belongs to an educated but non-showbiz family who lives in Lahore. Her childhood interest in becoming an actress continues to adulthood. She completed her education in Lahore. She holds the degree of Bachelor

Srha has a medium height of 5 feet 5 inches which is approximately 165 cm.

Srha Asghar belongs to a non-Showbiz family. Her family lives in Lahore and always supports her in her acting career. Srha opened up about her father saying that she really miss him. Srha was just a few months old when her father suddenly passed away. They are five siblings and Srha is the youngest. She has 3 brothers and 1 sister. Nevertheless, one of her brothers was serving in the US Army for 18 years. He died in 2012 in an attack by Afghanistan forces.

Srha Asghar is a young Pakistani actress. She joined the showbiz industry in 2016. Her debut drama serial was “Khoat” on the drama channel “ARY Digital“. Afterwards, she rose to fame after the drama serial “Pyaar Ke Sadke” on “Hum Tv“. She appeared as “Washma” the younger sister of lead actor Bilal Abbas. Her recent drama is “Amanat” with Imran Abbas and Urwa Hocane in 2021.

Srha Asghar was born into a middle-class family. She does not share the names of her parents with the media. Her father passed away when she was a child. After her father’s demise several years ago, she was raised by her mother.

Srha Asghar is getting more popular day by day. Recently She has 1 million followers on Instagram.

In fact, people criticized them saying Omer is too old to be Srha’s husband. However, it does not affect the love and respect of the couple.

Q: What is Srha Asghar’s height in feet?

Although Srha Asghar is not too tall, she has an acceptable height of 5 feet 5 inches, which is approximately 165 cm.

Q: What is the birth date of Srha Asghar?

According to her official information, Srha Asghar was born on 9th October 1993. Currently, she is 28 years old and will turn 29 in October 2022.

Q: Who is Srha Asghar’s husband?

Q: How many siblings does Srha Asghar have?

Srha Asghar is known to have three elder brothers. One of her elder brothers was serving in the US army. However, he was killed in an attack by Afghanistan Taliban.

Srha Asghar is also famous on Youtube. Her Youtube channel name is Danceography Srha X Rabia where they upload their dance videos and classes. She has 276k subscribers and 40,519,912 views on youtube.