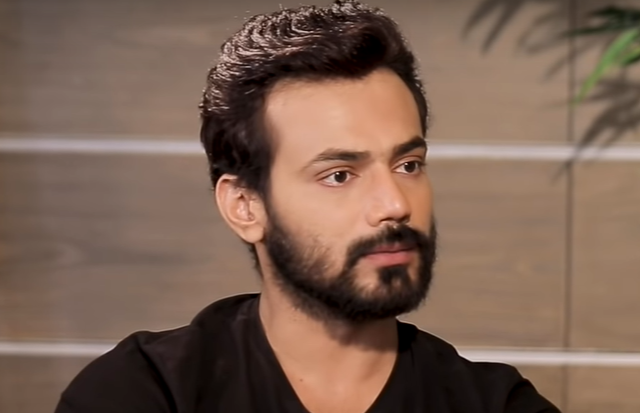 Ishq Zah e Naseeb star Zahid Ahmed is one of the greatest artists in the entertainment industry. He works very hard on sets to deliver his scenes genuinely. Zahid always comes up with those projects who are morally positive for society.

Zahid is currently working with Sonya Hussain and Mansha Pasha in Mohabbat Tujhe Alvida. His co-stars are quite satisfied around him and love to get his work-related advice. He was called on the show Voice Over Man in which he was asked to give honest advice to his colleagues, whether they should carry on or not with their work.

Zahid gave his advice to carry on their work to some of the actors such as Ushna Shah, Feroze Khan, Saba Qamar, Sara Khan, and Mehwish Hayat. However, when he was asked about Muneeb Butt, he said that Muneeb needs a drastic change for his visuals, he always takes roles as a clean, handsome, and innocent man. Taking a rough and unclean role would be a change for him, according to Zahid. For Yasir Hussain, Zahid advised that be a little careful before fleering as it may hurt people.

Zahid Ahmed tried his best to give a genuine opinion about co-stars but let’s see who is going to act on it!!