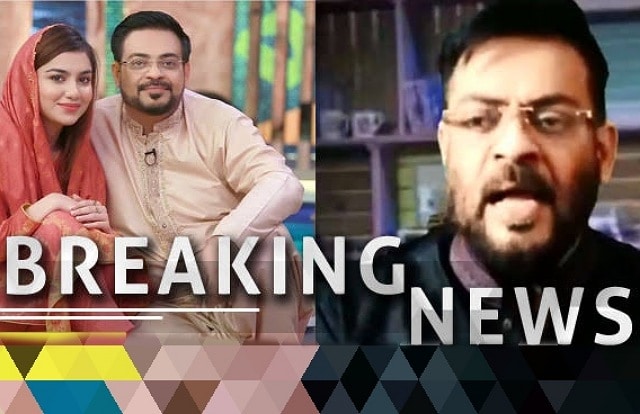 The renowned TV Host Aamir Liaquat is once again making headlines after the news about his separation from 2nd wife Syeda Tuba Aamir broke out on social media. The politician turned TV Host categorically denies all the allegations that have been made on social media against him. Aamir looked angry and disturbed in the video message, he recorded for all scaremongers. 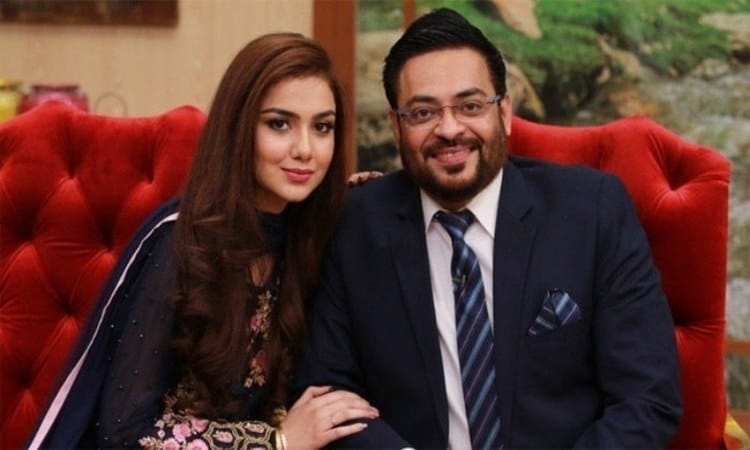 Although Amir Liaquat is a TV personality who enjoys being on news, for some time people are making personal attacks on him. Recently, a girl named Hania started a campaign against him for not marrying him after a short relationship. Hania had used all the possible tricks to defame Aamir. This time it’s not Hania, but a social media channel that falsely reported the separation of Amir Liaquat from her second wife. 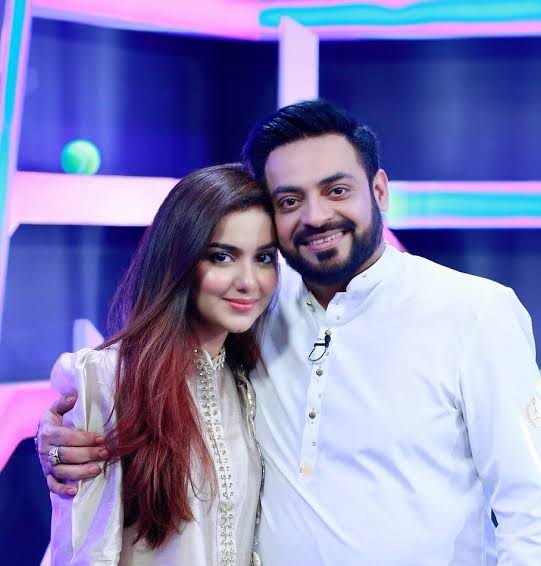 Dr. Aamir has said ‘Enough is Enough!’ He now wants to take everyone conspiring against him to the Supreme Court of Pakistan. Aamir has released a video message on Instagram where he denied all the allegations, rectified the false news about his separation, and defined his next step. He is going to file a lawsuit especially against Hania Khan and other respondents.

Did Tuba Aamir take a divorce from Aamir Liaquat? 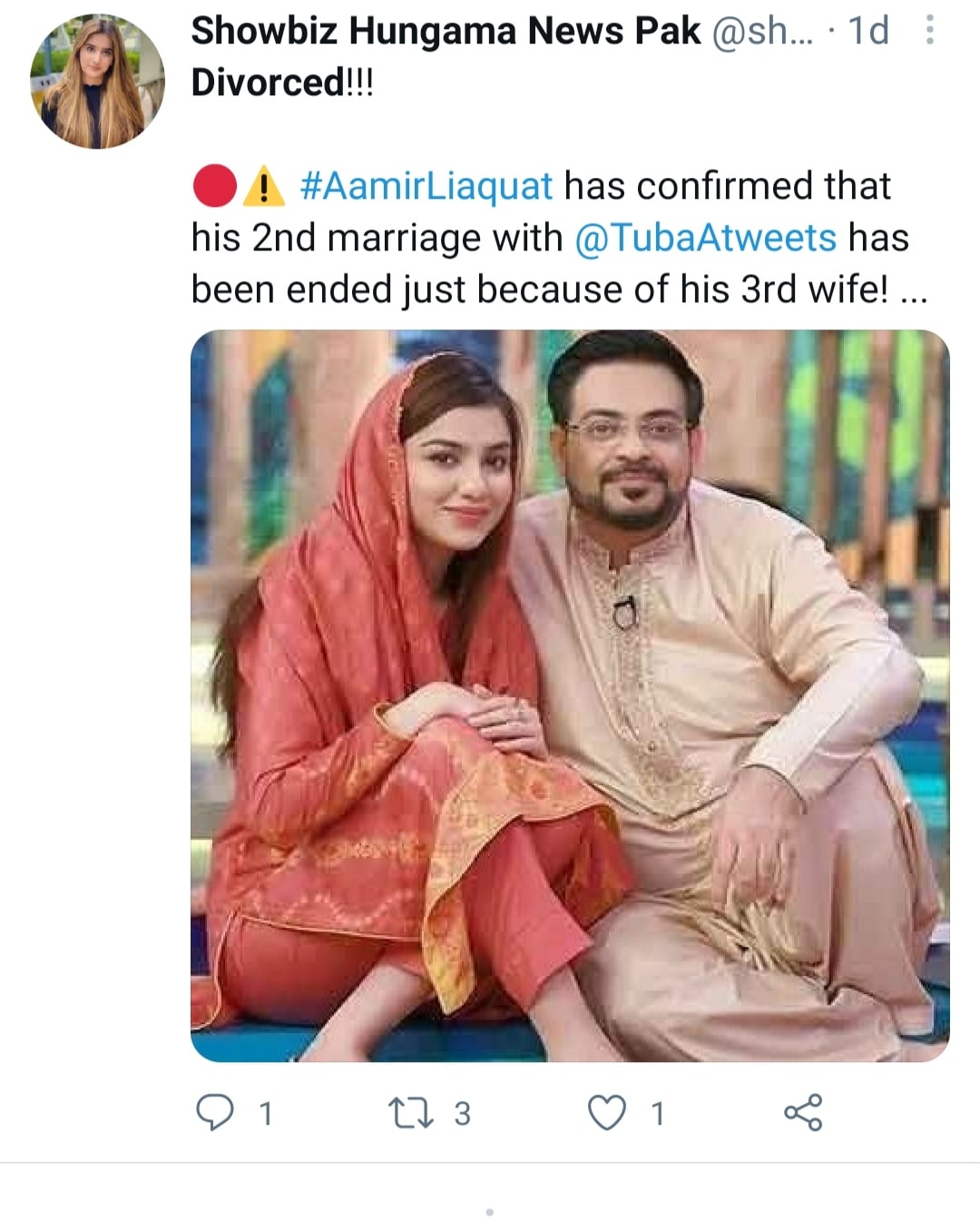 The news about their separation is false and a mere defamation stunt. The couple is happily married and living their lives to the fullest. The team DramaSpice wishes them the best of luck for the future. 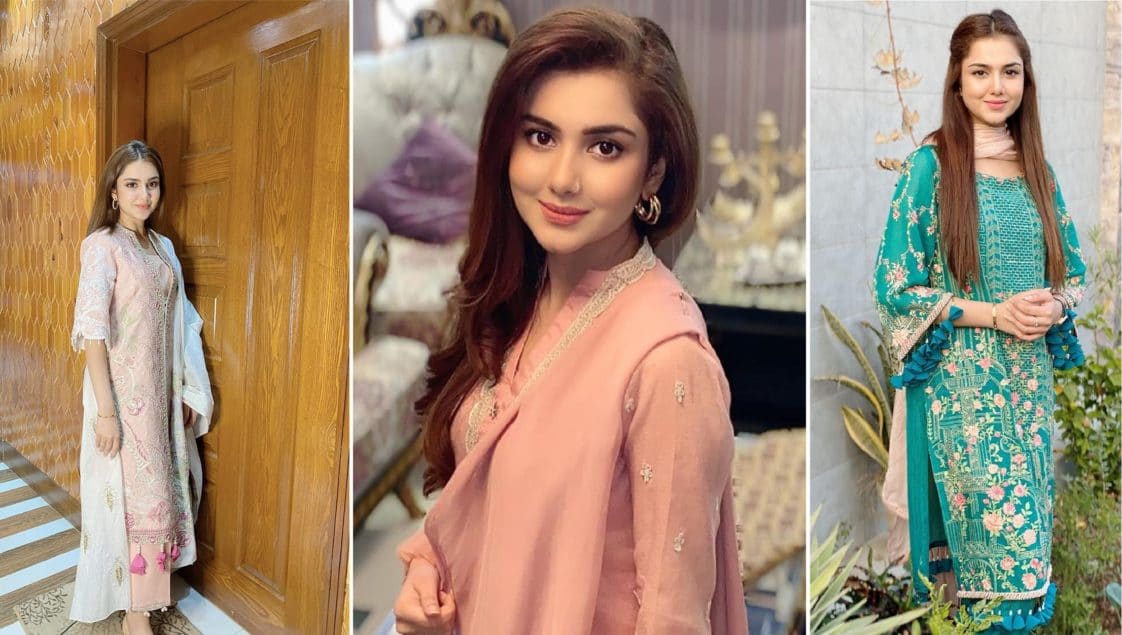