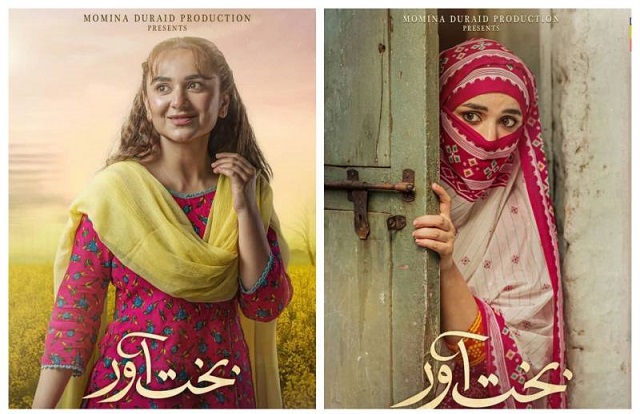 Nadia Akhtar writes Bakhtawar drama storyr. At the same time, Shahid Shafaat directed the scenes of Bakhtawar. On the other hand, the drama serial Bakhtawar is produced by Momina Duraid under the banner of MD Productions.

The first episode of Bakhtawar will be released on Sunday, 17 July 2022. You can watch a new episode every Sunday at 8:00 pm on HUM TV. Click here to watch Bakhtawar drama online episodes.

The storyline of the drama serial Bakhtawar revolves around a young girl, Bakhtawar, and her mother. They both live in a rented home, and there is no man in their family. Other people around them will take advantage of their situation and try to sue them. Even their elderly home owner wants to marry Bakhtawar through blackmailing.

Finally, the turn point will be in the middle of the story. Tired of all these endless strruggles, Bakhtawar decides to be a man of her house. She cuts down her hair, wears boyish clothes and changes her name as Bakhto. However, she will not be secured yet. Therefore, she will become a member of a gang who works for a wealthy man, Dilawar.

Bakhtawar aka Bakhto will feel safe and secured due to Dilawar’s name only. She will use to threaten for being Dilawar’s man. Nonetheless, the story will take a major turn that will reveal Bakhtawar’s reality on Dilawar. Inspired from her courage and beauty, Dilawar will fal for Bakhtawar.

In Bakhtawar drama story, Yumna plays the role of Bakhtawar who lives with her mother. Du to their unfavourable circumstances, Bakhtawar will start living as a man named Bakhto.

Zaviyar Nauman Ijaz is a face in the Pakistani showbiz industry who kick-started his acting career in the epic drama serial “Qissa Meherbano Ka.” In fact, he is the eldest son of famous actor Nauman Ijaz. At first, people called him the production of nepotism; nevertheless, Zaviyar proved himself with his brilliant acting skills. Recently, Zaviyar was seen in the drama serials Sang-e-Mah and Weham.

Due to his handsome personality, people assume Zaviyar must be taken; however, he is 27 years old and not in any relationship.

In the Bakhtawar drama story, Zaviyar portrays the role of Dilawar. Dilawar is a wealthy business man and a whole gang works for him. At the end, Dilawar will start liking Bakhtawar due to her strong personality.