Dramaspice
Articles Churails Is Finally Banned In Pakistan!! This Is The Reason Why! 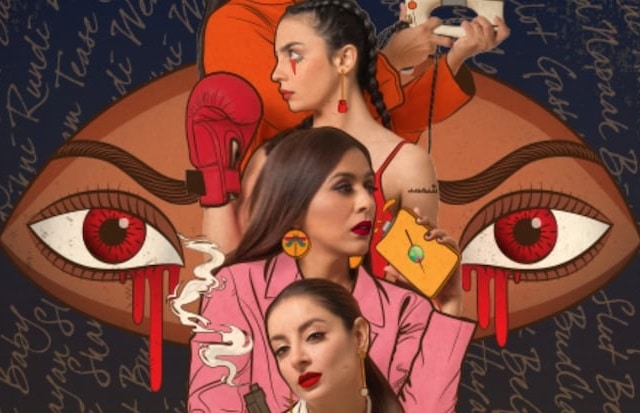 Churails on-aired on Zee5 in August which grabbed everyone’s attention because of following the protocol of being a unique content for the viewers of Pakistan. It went hit with the story as it is based on woman empowerment and other issues related patriarchal mindset.

This web series has a very powerful cast including Yasra Rizvi, Sarwat Gillani, Mehr Bano, and Nimra Bucha. These 4 ladies have equally distributed spotlight with their characters in the show. People were obsessed with the show as these 4 ladies were up to catching cheating husbands red-handed in the elite society. The show hit the internet overnight and built a greater fanbase. Many more accused it of being too much for the Pakistani audience. But now, something worse happened!

After the viral video clip of the show in which Hina Khawaja Bayat is seen talking about a thing that caused her success, people couldn’t stay quiet and blamed PEMRA for showing such content. That clip had vulgar dialogues, and it was not appropriate for Pakistani viewers, but it wasn’t any fault of PEMRA as the show wasn’t on-aired on any Pakistani platform. What happened that after seeing this backlash from people, Zee5 has banned the show for Pakistani viewers.

Well, sooner or later, this had to be done as people in Pakistan do not let such shows hit but love to see such things on other platforms. Take Netflix as an example!