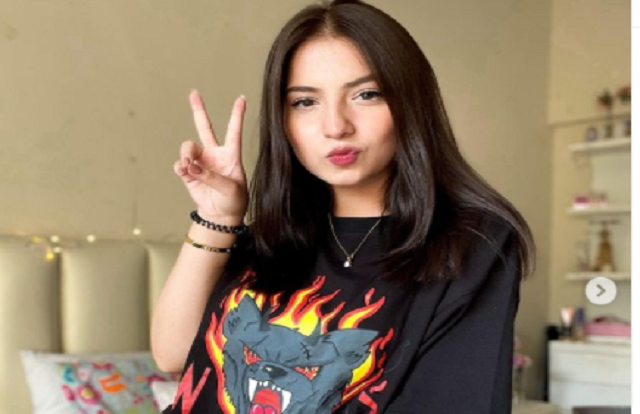 Dananeer Mobeen is a Pakistani content creator, actor as well as social media influencer. Indeed, she got famous for her viral video, which she posted on her Instagram account. In fact, she intentionally said her funny signature line, “Pawri Ho Ri Hai,” which touched the height of fame across the border.

Later on, she was approached by various brands for modeling and promotional campaigns.

Dananee was born in Peshawar. But she has lived in different cities due her father’s transfers. Also, she has spent some years in The UK and America.

Although Dananeer is a foodie, her weight is about 54 kg (119 pounds).

All in all, Dananeer’s income sources include acting, modeling, TV commercials, and her personal brand. As a result, she has made a total net worth of 10k USD in 2022.

Basically, Dananeer completed her primary studies in different cities of Pakistan including Islamabad, Peshawar, and Sialkot. Later on, they settled in Peshawar where she completed her intermediate education from Roots Millenium School, Khyber Campus. Furthermore, Dananeer has been to UK and America where she has studied for a few months.

Basically, Dananeer was an Instagram blogger who used to shoot vlogs and videos. She rose to fame from her 5 seconds video with the dialogue, “Pawri ho ri hai.” In fact, an Indian musician turned her dialogue into a short music video which became the trend in the sub-continent. After that, Dananeer was then taken in different commercials and modeling projects. Dananeer debuted her acting career in the drama serial Sinf-e-Aahan in 2021 in which she played the role of “Syeda Sidra Batool.”

Her father’s name is Mohammad Mobeen. He is an army officer. Whereas, her mother, Gul Ahmad, is a house wife and an amazing chef. Both her parents are quite satisfied with Dananeer’s showbiz career.

Dananeer is unmarried and not in any relationship. She is firm to focus on her studies and acting career.

Q: How old is Dananeer Mobeen?

Dananeer has opened her own brand named NEER by Dananeer where serums, oils,, and tomers are available.

Dananeer’s father, Mobeen Ahmad, is an army officer and has served in different cities of Pakistan.