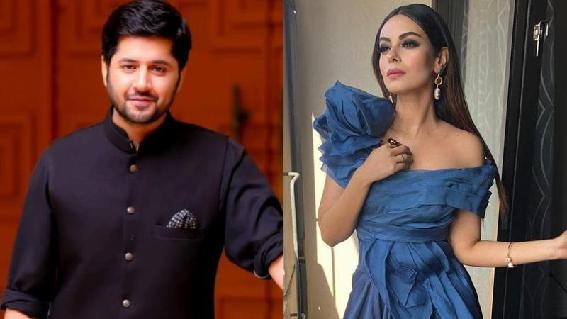 Young actor, Imran Ashraf, who made his debut with one of the highly rated TV show Ranjha Ranjha Kardi, is all set to launch himself on the bigger screen now. Imran was not only loved with a huge audience but also made a great choice by playing a mentally retarded person, a character we haven’t seen a lot of good actors playing, that too with such finesse.

Imran is now all set to make his film debut in Mohammed Ehteshamuddin’s directorial Rom-Com Dum Mastam. Earlier this year Ehtesham made his big screen debut by directing Mahira Khan starrer Superstar. The film is being produced by Adnan Siddiqui and Akhtar Hasnain’s production house Cereal Entertainment. This will also be a production debut for the production house and the excitement of the producer was expressed in a heartfelt post on Instagram. He also mentioned that Amar Khan, who is giving an exceptional performance as Alizey in ongoing drama Dil e Gumshuda, will be paired against Ashraf as his love interest.

According to Adnan Siddiqui, the film is set in Androon Lahore and will be full of entertainment and comedy that comes from typical Punjabi family. In supporting cast we will see Momin Saqib, who’s a social media sensation and will be making a debut as well, Sohail Ahmed and Saleem Miraj. Siraz Uppal, Bilal Saeed, Azaan Sami Khan and Shani Arshad will be composing the music for the film, which is aimed to be released in 2020. The director of photography for the film is Suleman Razzak and Nigah Hussain will be choreographing the moves of our favorite actors on the groovy music produced by very talented music composers.

Not only the producer, but the leading actors, Imran Ashraf and Amar Khan, are also very thrilled to be a part of this project and expressed their excitement through their social media channels hyping their fans to be prepared for a power pack performances given by each individual who’s a part of the film.

Amar Khan is not only playing the lead against Imran Ashraf, but she also wrote the film, which makes the announcement even more happening than it actually was. Young actors outshining themselves not