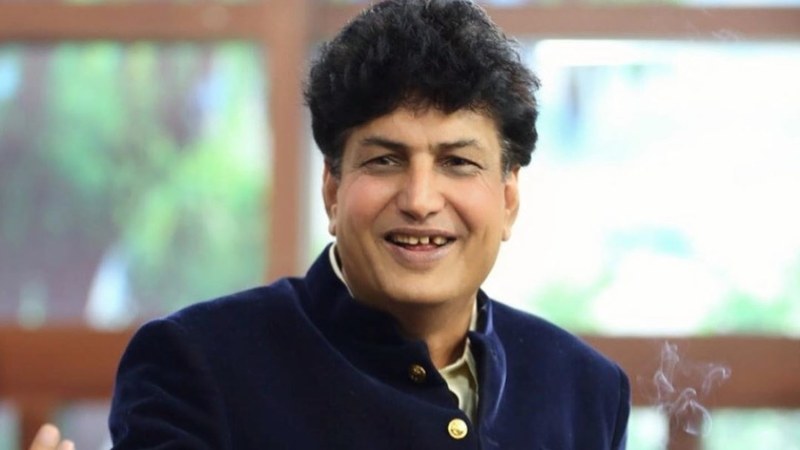 We have heard many stories of Khalil Ur Rehman losing his temper a lot in many places, recently, we got bumped into a video of him from a private television channel, going way too much harsh on former journalist Marvi Sarmad on the talk show. Simultaneously, he threw a tantrum when he got interrupted between his talk, and the consequences were expected.
The former journalist triggered him more with her Aurat March slogan “Mera jism, meri marzi”, and the writer of famous drama “Meray Pass tum ho” didn’t spear Marvi Sarmad a second. The talk show was predicted to be gone out of hands as both the guest speakers were allegedly taken on the show to create some drama, or to eat out of some views on Youtube.
Correspondently, the host of the show, a female was calming down this short-tempered Khalil Ur Rehman when he was spitting venom in a very abusive way, calling Marvi Sarmad “B****” “Ullu ** ******”. This is only a small piece of this verbal tussle, as the Marvi Sarmad was kept on repeating the slogan and Khalil Ur Rehman was kept on mounting the heights of vulgarity. After the video got viral, #KhalilUrRehmanQamar became the top trend on twitter leaving behind #MeraJismMeriMarzi, and #AuratMarch2020. Many of the celebrities came out of their shells on twitter and condemned this act and defended Marvi Sarmad in a possible way including Haroon Rashid, Mahira Khan and many more.
This isn’t the first time that someone has crossed the line of indecency while having Marvi Sarmad in a one-on-one, yet this still isn’t acceptable in any way because this shouldn’t be the last thing on earth to be worried about.