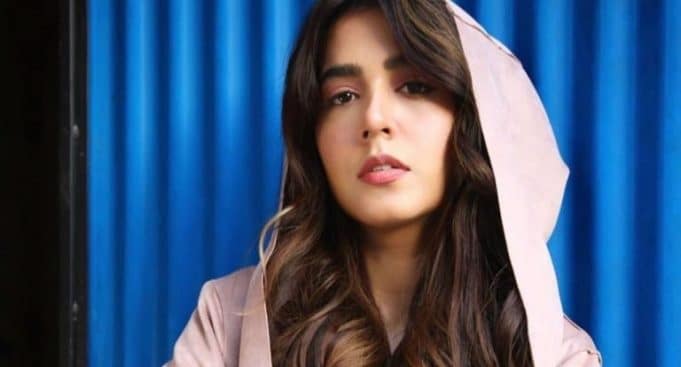 Mansha Pasha who is doing the role of Shafaq in Muhabbat Tujhe Alvida shared memories of the drama in an interview. Mansha herself is a very good actress and a television presenter. She has given her performances in many successful plus critically acclaimed dramas.

In 2017, Mansha Pasha was able to come on-screen with her debut in “Chalay Thay Sath” and then in 2019 in “Laal Kabootar” which was of the crime thriller genre. Mansha’s role in Muhabbat Tujhe Alvida is praised by everyone so far.

In an interview with Fuchsia Magazine, Mansha was asked to tell about any good memories on the set of the show Muhabbat Tujhe Alvida. She told that Zahid Ahmed and Sonya Hussayn are both very good actors. She loved their company and would side with Sonya to tease Zahid in fun.

Moreover, she told how Zahid was helpful about the scenes during the shoots. He used to confirm from her that how she is going to deliver some dialogue. At first, Mansha felt strange that how a co-actor is asking her that question but gradually, she realized that how it was beneficial was for both of the actors to synchronize in a good way.

Mansha Pasha shares a good friendship bond with Zahid now as he is a very helpful and golden-heart actor!