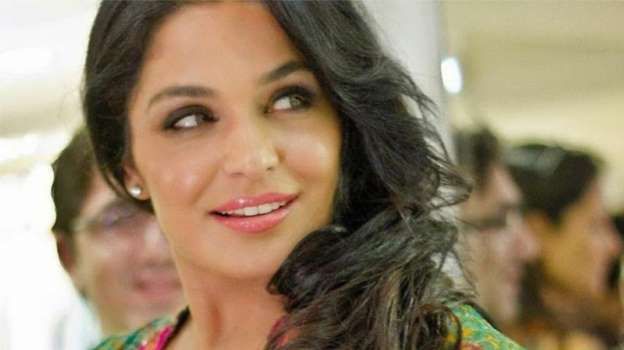 Pakistani film actress Meera Jee met a car accident in Newyork, US. According to the reports, the veteran actress has sustained neck and arm injuries. Her father told the media that she is undergoing treatment at a private hospital in Newyork.
Previously, Meera was seeking medication from the hospital after the serious complaint of stomachache and burning sensation. Doctors suggested Meera to get it operated as soon as possible before her condition gets worsen Meera’s husband Captain Naveed disclosed that she has gone through a major operation and she is recovering for another surgery.
Pictures are circulating on media of a hand tag with the real name of Meera Jee as Rubab Irtiza and her DOB. Meera had this traffic accident on 5th March 2020, she was recently seen at Pakistan International Screen Awards (PISA) 2020 held in Dubai. The “Baaji” actress was snapped with Shehreyar Munawwar and Mahira Khan. Meera Jee was a part of a tussle with Mahira Khan where she said something about Mahira being an incompetent actress and has gained her popularity only opposite Shahrukh Khan in Raees. Now, as all things are settled between her and Mahira, they were found all giggling and laughing in Shehreyar Munawar’s video at PISA 2020.
We wish Meera Jee a swift recovery and a quick comeback to onscreen!