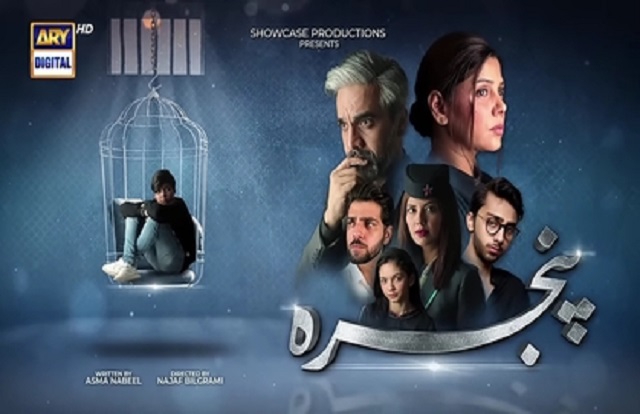 After back-to-back hit drama stories, ARY Digital is once again determined to set the records with the drama serial Pinjra. The Pinjra drama story depicts the relationship between parents and their teenage kids. In addition, the Pinjra drama cast features Hadiqa Kiani, Omair Rana, Sunita Marshell, and Aashir Wajahat in the lead roles. Other drama cast includes Aina Asif, Furqan Qureshi, and Ahmad Usman. Emaan Khan, Zuhab Khan, Jenaan Hussain, and Zhalay Sarhadi are also the part of this project.

The Pinjra drama story is based on parents and children’s relationship. The drama story portrays how parents’ lousy behavior can destroy their kids’ mental health. Moreover, this project specifically highlights the competition to get high grades. Currently, kids feel under constant pressure to score high in class.

Singer, songwriter, guitarist, composer, actress, and humanitarian Hadiqa Kiani hails from Pakistan. Kiani was named one of “Pakistan’s Most Powerful and Influential Women” by Jang Group of Newspapers in their 2016 “Power” issue.

After the 2005 earthquake, she adopted her son Naad-e-Ali from the Edhi Foundation. Hadiqa eventually wed Syed Fareed Sarwary, an Afghan businessman living in the UK. However, her divorce from Sarwary was finalized in 2008.

In the Pinjra drama story, Hadiqa Kiani portrays the role of a mother who lacks a friendly relationship with her kids.

Omair Rana is a well-known actor and filmmaker in Pakistan. He was born on January 31st, 1978. Omair also works as a theater director for schools. He is the artistic director of Real Entertainment Productions (REP), a theater company he formed in 2000 that has staged over 50 productions. His notable work includes Pyar Ke Sadqay, Dil Na Umeed To Nahi, and Hum Kahan Ke Sachay Thay. Recently, he was seen in the serial Sang-e-Mah drama aired on HUM TV.

In the Pinjra drama story, Omair is seen as a careless father who screams at his children. Later on, he will be left to repent for his behavior.

Actress and model Sunita Marshall hail from Pakistan. Marshall has been nominated for numerous honors throughout her career as a model. These include the Lux Style Award for Best Model — Female and the Hum Award for Best Model Female at the 4th Annual Hum Awards. She is best known for her roles in Khuda Aur Mohabbat 3, Mohabbat Dagh Ki Surat, and Aulaad. Dil Zaar Zaar is her most recent drama that was aired on GEO TV.

41 years old actress tied the knot with Hassan Ahmed in 2009. The couple is blessed with two kids Raakin Ahmed and Zynah Ahmed.

In the Pinjra drama story, Sunita plays the character of a supportive mother of her two kids.