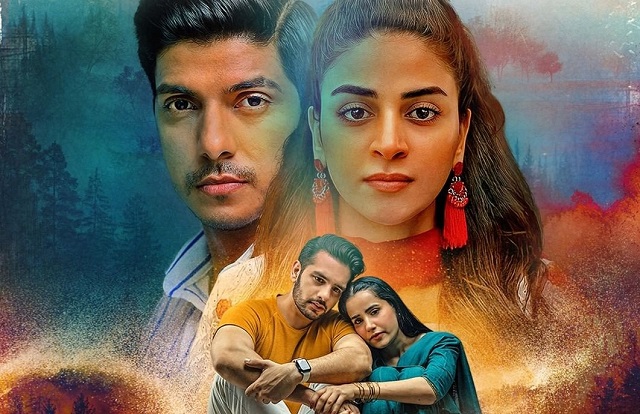 Moreover, the Siyani drama story is written by Sadia Akhtar. Whereas Ali Akbar directed the shoot. On the other hand, Abdullah Kadwani and Asad Qureshi produced the Siyani drama under the banner of 7th Sky Entertainment.

The Siyani drama story revolves around four main characters, two sisters and two brothers. Anmol Baloch is playing the role of a middle-class greedy girl who wants to get married to any well-established man. She can’t live from hand to mouth. On the other hand, Saniya Shamshad is her cousin who prefers her values and rules over money.

At the same time, Mohsin and Usama will be seen as brothers who belong to a wealthy family. Mohsin falls in love with Anmol, and they will marry soon. However, Anmol will try to snatch all the property and business of her husband.

Moreover, Usama will start liking Saniya, but Anmol doesn’t want Saniya to get into her in-laws.

It will be exciting to see how the story will turn and how good deeds will buy the fruit of Saniya’s efforts.

An attractive actress, model, and host, Sania Shamshad hails from Pakistan. She debuted in 2011 and has won over audiences with her passionate performances. From Rashk to Noor Bibi, she has gathered tremendous fan love. Piya Naam Ka Diya was her last drama before taking a break from the showbiz industry.

In the Siyani drama story, Saniya is seen as an innocent positive character.

Born on 18 August 1886, Mosin is 36 years old. Shortly after meeting his future wife, Fatema Sohail, Haider tied the knot in 2015. Mahveen Abbas Haider, the couple’s baby daughter, passed away in December 2017 at the age of seven weeks. Their son, Haider Abbas Mohsin, was born in May this year. He divorced his wife in 2019 after she accused him of domestic violence.

In the Siyani drama story, Mohsin portrays the role of a rich businessman who is not so respectful towards his parents and family.

Coming of Baloch and Pashtun descent, Anmol Baloch is a Pakistani Model and actress. She is well known for her drama serials like Qurbatein, Khwaab Nagar Ki Shehzadi, and Bisaat. She was seen in the drama serial Aik Sitam Aur.

In the Siyani drama story, Anmol is playing as the negative protagonist of the drama.

Actor Usama Khan was born in Pakistan on November 2, 1991. His first film character was a mirror image of Usama in Adhi Gawahi, which he played for his debut in 2017. Sitam, Mohlat, Mere Apne, and Dobara are the top drama serials on his list. Further, Usama was recently a part of the drama serials Teri Rah Mein and Aik Sitam Aur.

30 years old actor is single at the moment.