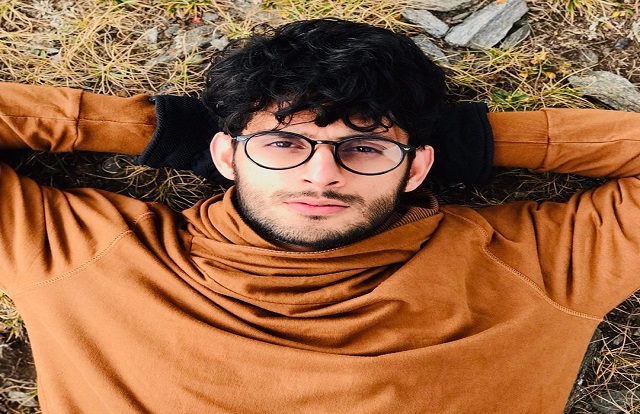 Who is Subhan Awan?

Subhan Awan is a young and emerging model and actor in Pakistan. He is recognized for his attractive personality and appeared in many top brands’ photo shoots, including HSY, Amir Adnan, Nomi Ansari, Gul Ahmad, Al Karam, and Noman Ijaz. He belonged to a Muslim family and was born and grown in Pakistan.

Subhan is a young talent from Pakistan known for his dramas Saza-e-Ishq and Qismat. He completed his graduation from NED University in Textile Engineering. After completion, Subhan worked at the company in the marketing section. But he found his passion for the showbiz industry and started his career in modeling, and now you can see him in dramas also.

Although the exact birth date of Subhan is not known, he is estimated to be 26 years old in 2022.

Subhan has a handsome appearance and a dashing personality. He is 5 feet 11 inches ( 180 cm) tall.

According to our sources, he earns from social media commercials, brand promotions, modeling, and acting. Subhan has not disclosed much about his assets; however, his net worth is estimated to be 200k USD.

Living in Karachi, Subhan completed high school in his hometown. Later, he graduated in Textile Engineering from NED University of Science and Technology.

All we know is Subhan lives in Karachi with his family and siblings. Nevertheless, he has not disclosed any information about his family. That’s why it is difficult to talk about his parents and siblings.

Subhan started his career as a fashion model in 2016. His exceptional acting skills and handsome personality bring him to the showbiz industry. He made his debut drama “Jaltay Khwab” in 2018, where he performed as well as he could. Afterward, Subhan reached the height of fame instantly. He got famous and was seen in more dramas. His drama list is given below:

Subhan has kept his family information entirely confidential. We still have no specific information about his parents.

Inspired by his personality, people may think Subhan is already taken. Nonetheless, it is the total opposite. Subhan is single and wants to focus on his career.

Q: What is the age and birth date of Subhan Awan?

Subhan has not shared his birth date. But he is estimated to be 26 years old.

Q: Who is Subhan Awan’s wife?

At the present time, Subhan is unmarried.

Q: What is Subhan Awan’s height in feet?

Q: What is Subhan Awan’s education?

Subhan holds a bachelor’s degree from the NED University of Engineering and Technology.