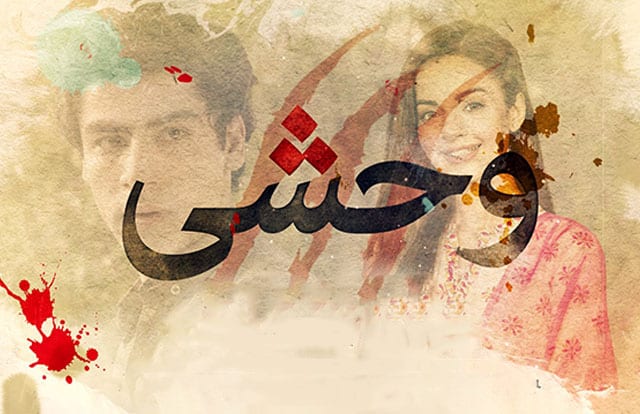 Wehshi drama story came from the pen of Shumaila Zaidi, who took inspiration from the novel of Razia Butt Sahiba. Moreover, Momina Duraid has produced the Wehshi drama under the banner of Momina Duraid Productions. At the same time, Iqbal Hussain directed the drama serial Wehshi.

The Wehshi drama story mainly revolves around two lead characters, Asif and Zoobia. This is a tale of oppression, helplessness, depression, and revenge. It shows how the environment permanently marks a child’s mental behavior. In addition, the child may grow up to be more cruel and senseless. However, the loved ones around the depressive person can make things somewhat better.

In the Wehshi drama story, Asif is the only son of his parents. Nevertheless, his father dies, and his mother gets married to another man with kids. His stepfather mentally and physically tortures him. Although he wants to speak it out louder, he finds himself completely helpless. Later, this anxiety turns into depression, and depression leads to mental illness.

Zoobia is a lively and kind girl who believes in loving the crime, not the criminal. She will try to bring Asif back to normal life; however, the task comes with many challenges. Ultimately, seeing how Zoobia turns Asif into the best version of himself will be exciting.

Khan Khushhal is a popular TV star and model in his home country of Pakistan. In fact, The Hum Style Award has been bestowed upon Khan. Beginning with Midsummer Chaos on the internet, he went on to star in other shows like Qissa Meherbano Ka, Dil e Momin and Bebasi on television. Khushhal is currently appearing in the drama serial Mushkil that is on air on GEO TV.

In the Wehshi drama story, Khushhal portrays the character of Asif who is a psycho. Being the victim of his stepfather’s anger, he suffers from serious mental health issues.

Television actress and model Komal Meer hails from Pakistan. She started her career in 2017. Rameen, a supporting character in Momina Duraid and ISPR’s Ehd-e-Wafa, is her most recognizable role. Resham Gali ki Husna, Benaam, and Wafa Bemol are just a few of the numerous shows where she has appeared. Badshah Begum is her most recent drama that is on air at the moment.

In the Wehshi drama story, Komal is cast as Zoobia, a young, lively, and optimistic girl. Zoobia will strive to her fullest to bring Asif back to normal life activities.